Significant progress was reported Tuesday in the effort to free a humpback whale that has been entangled with a crab trap since Sunday in the Monterey Bay. Experts said the whale is expected to survive.

A whale entanglement team made up of marina biologists, NOAA experts, and the U.S. Coast Guard officers, was able to remove the majority of the netting attached to the whale’s tale on Monday.

Every year, Humpback whales in the North Atlantic make a long migration down to the Caribbean to have their calves in warm, calm water. Many of these whales go to one particular area called the Silver Banks near the Dominican Republic. Jonathan spends a week in the Silver Banks filming whales underwater, and you won’t believe how close he gets to the whales, and the exceptional behaviors he observes!

In an effort to better educate visitors and residents about proper marine wildlife viewing, the Department of Land and Natural Resources and ROAR Hawai’i, along with more than 20 community partners, has created a series of video public service announcements about Hawai’i’s marine resources.

The Wyland Foundation is teaming up with the Monk Seal Foundation to host the first ‘Conservation through Art’ contest. The theme is the critically endangered Hawaiian monk seal, Hawaii’s state mammal. The contest will be offered to all students in public and private schools in grades K-12 and will start on March 24th. This is an exciting opportunity for children to display both their artistic talent and ocean awareness to one of the world’s leading environmental artists, Wyland.

What started as a day of spearfishing for dinner and playing in the ocean with friends turned into an experience much more meaningful than expected when a young green sea turtle approached diver Kimi Werner for some help. The turtle swam up to her from the bottom and floated next to her on the surface and then started turning in circles. She noticed that the turtle was only using one flipper and had line wrapped around it’s neck and other flipper. It was so pinched so tightly around it’s limb that it was cutting off all circulation and was bound to soon dismember the little turtle.. With the help of her diver partner, Shaun Harada, Kimi used her knife and started cutting away the line. It would have been an impossible job to do safely without the cooperation of the young turtle. The turtle returned to the reef free from the line and the two diver friends returned to land with much more than just dinner.

Recyle. When you’re trash ends up in the ocean it effects all the marine life. The island of Maui in Hawaii recently banned the usage of plastic bags in all stores. Many other islands are also becoming plastic free.

Check out this neat website to learn more about the dangers plastic has on our planet!
http://www.wehatetowaste.com/plastic-the-oceans-deadliest-predator/ 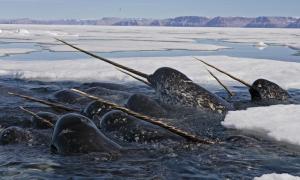 The narwhal is a medium-sized toothed whale. It is referred as the unicorn of the sea, a pale-colored porpoise found in Arctic coastal waters and rivers. Very little is known about these animals, and none are in captivity.

The last narwhals in captivity were an orphaned calf caught in the Grise fjord in Canada and airlifted to the New York aquarium, in around 1969/70, which died after a month.The Vancouver aquarium at about the same time in 1970, captured 6 narwhal, and all 6 died within a few months.

Find out more about Narwhals at http://worldwildlife.org/stories/unicorn-of-the-sea-narwhal-facts 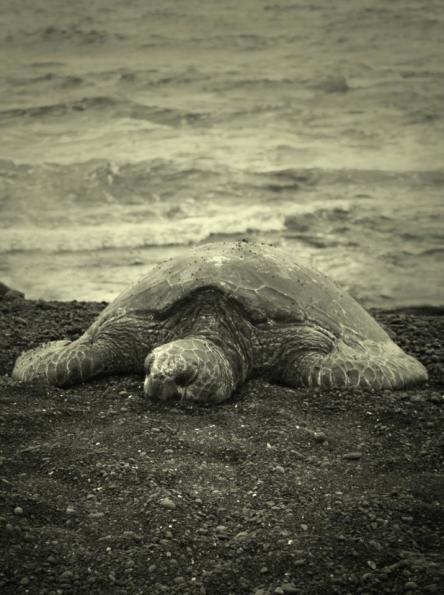 These sea turtles are mostly juveniles, including 28 Kemp’s Ridleys, the world’s most endangered sea turtle, two loggerheads and one green.

Upon popular request for more videos watch this short clip I found of the Hawaiian Monk Seal! Why do you think the monk seal population is endangered?